How we managed our World War II project during lockdown

Society member Christine Grayden coordinated the project last year to commemorate the 75th anniversary since the end of World War II. The project included YouTube videos, essays and an online exhibition. Considering the severity of the lockdowns it was a great effort for us to manage to do what we did! How this was all achieved and the outcomes we produced are described by Christine in an essay titled "Researching one war in the time of another" on the website Bass Coast Post here:https://www.basscoastpost.com/local-history/researching-one-war-in-the-time-of-another

Hop on and have a read – it will give you a very good idea of what's involved in such an undertaking. 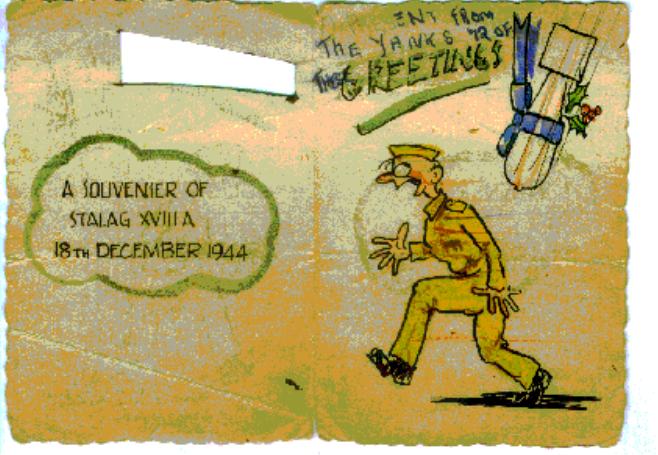 POWs cartoon after the US Air Force accidentally bombed the POW camp. Brought home by Hugh Grigg who spent much of the war at the camp.