Today, Tuesday 3rd September 2019, the Inverloch Historical Society had the official opening of their third annual exhibition in the Inverloch Hub. Bass Coast Shire Council CEO Ali Wastie launched the exhibition, asking various audience members to elaborate on the notes she had been given as she did so. The seating area was full as many people came out in support of the IHS, which was great to see. Phillip Island & District Historical Society president Graeme Clauscen, secretary Christine Grayden and committee member John Jansson attended, along with Rhyll resident Marion Wood. The exhibition contains many enlarged prints from the IHS collection, including a special section on Inverloch pioneers. One excellent part of the display features a diorama of a reproduction of the rocket launcher, used in rescues of crew and passengers off ships wrecked offshore of Inverloch, which was made by members of the Inverloch Men's Shed. Some of the prints on display can be copied at any size for a fee. The exhibition is open until September 29, and we thoroughly recommend you go along and have a look. Photo shows the rocket diorama with Graeme Clauscen and IHS president John Hutchinson. 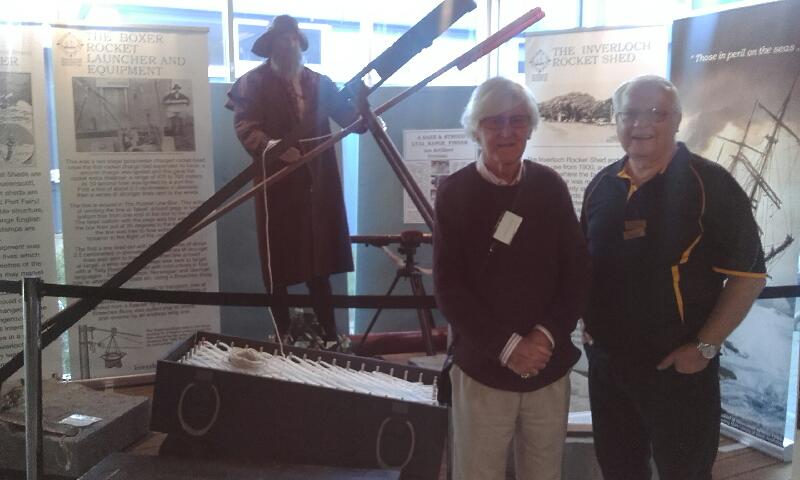