A sub-committee of the historical society has been meeting regularly for the past few months working on preparations for the forthcoming re-enactment of the first land ballot for closer settlement on Phillip Island in November 1868. Held at Schnapper Point (which became Mornington) the ballot attracted about 150 prospective settlers and was supervised by the land commissioner. The performance will feature Cr Pamela Rothfield, a descendent of a ballot selector Cleeland, and slightly later settlers McFees as the narrator. Mike Cleeland will play the Land Commissioner. Andrew Box, a descendent of ballot selector Richardson, will be the Assistant Land Commissioner, and well-known Offshore Theatre actor Ashley Reed will play the role of the Argus journalist. A Power Point of early Phillip Island images and maps showing where some of the ballot selector's chose their Crown Allotments, will be shown on a large screen as the performance progresses. The performance will be at the Cowes Cultural Centre, cnr of Thompson Avenue and Church Streets on Saturday 10th November. Entertainment will start at 2 p.m. with guitar and mandolin players playing traditional Australian folk tunes. The performance of the ballot re-enactment will start at 2.30 p.m. If you are a descendent of an early settler, organiser Christine Grayden would love to hear from you. Please contact her on m 0400 900 612 or e: history@waterfront.net.au

Meanwhile, the community is invited to dress in 'period costume' and join in the spirit of the afternoon. Both the historical society and the Phillip Island & District Genealogical Society will have displays in the hall and members in attendance to answer questions. A deliciious afternoon tea will follow the performance in meeting room 1.. For enquiires contact Christine. 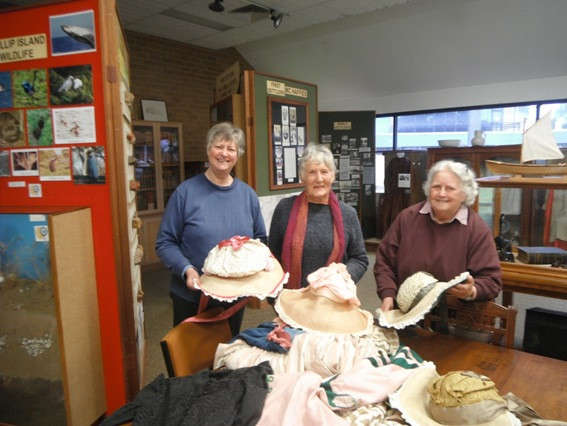