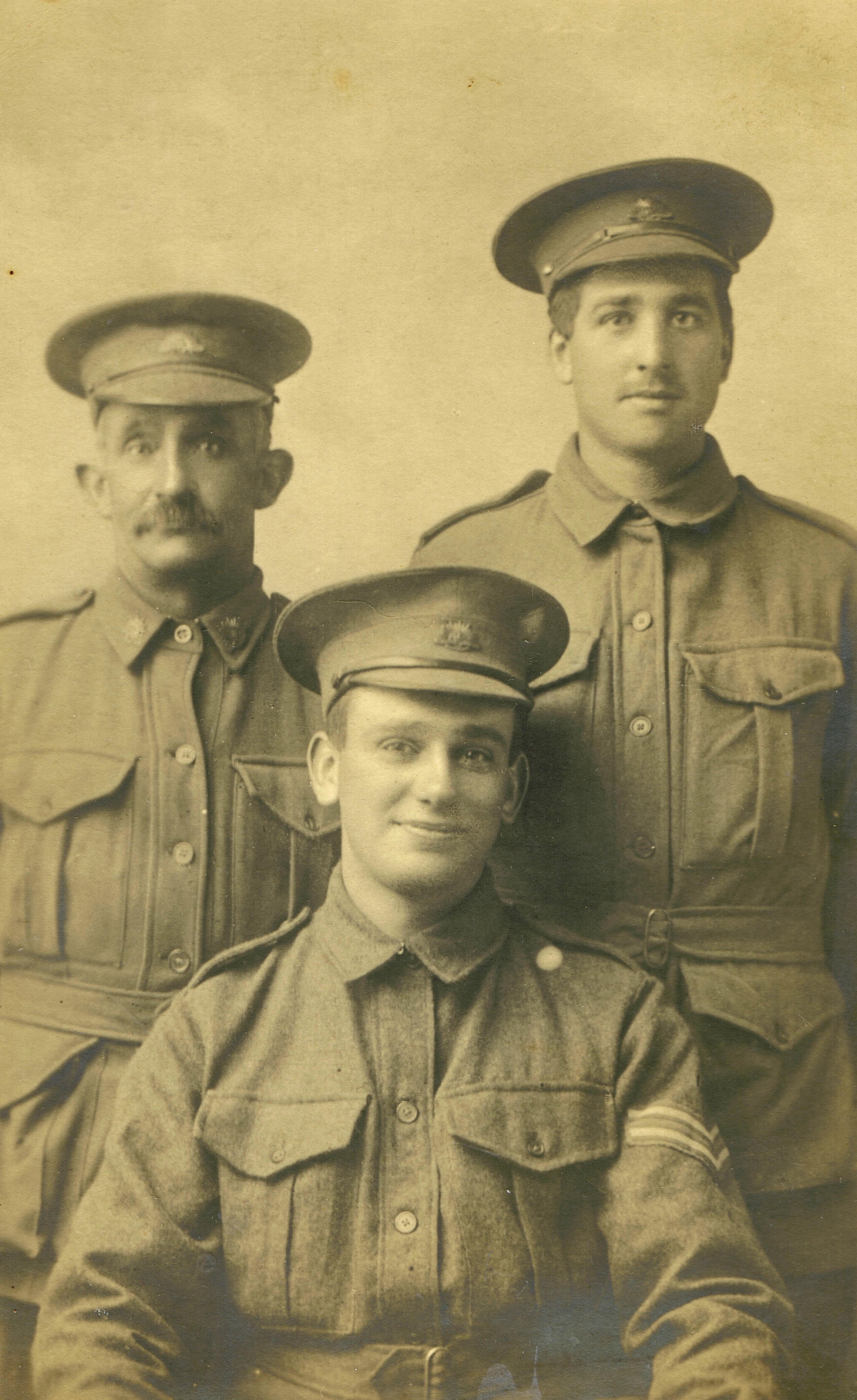 Photo: Walter Jenner on the right.

He joined the 23rdBattalion, 2nd Division in France on 1st October 1916. The Australian 1st, 2nd and 4th Divisions had suffered 6300 casualties (90% of men) in the Battle of Mouquet Farm over August-September and were so depleted they had to be taken off the front for two months.

The Battalion took over the line from the 31st Battalion on 4th November at Luisenhof Farm.  Walter was wounded on 14th November and was sent to hospital in England.  He was discharged from hospital on 7th March 1917.

Walter transferred to the newly formed 67th Battalion, 17th Infantry Brigade, on 28th April 1917.  The 67th never saw action and was disbanded soon after. He rejoined the 23rd Battalion on 12th September 1917 when the 67th was disbanded.

“The Battalion moved into positions around Ypres, Belgium, and participated in the Battle of Broodseinde on 4th October. During this battle, the 6th Brigade was positioned to the south of Zonnebeke Lake, and the 23rd Battalion lost three officers and 101 other ranks killed or wounded, some of which were inflicted when an intense German mortar barrage fell upon their waiting line prior to the attack. Nevertheless, the attack which followed after overcoming an encounter with a German regiment, the 212th, in no man’s land, resulted in success as the Australians captured the ridge.

In early 1918, Russian resistance on the Eastern Front collapsed in the wake of the October Revolution and, as a result, the Germans were able to transfer a large number of troops to the Western Front. This greatly improved the German strength in the west and, as a result, in March, they launched their Spring Offensive. With the Germans making rapid gains, many Australian units, including the 23rd Battalion, were thrown into the line to blunt the attack in early April, as the 6th Brigade relieved the 12th around Dernancourt.”

The 23rd Battalion moved via train to Steenwerck then route march to Canteen Corner on 7th March and began relieving the 39th Battalion at the “Catacombs”.

Walter died of wounds at the “Catacombs”, Belgium, 28th March 1918 as reported in the Red Cross Files:

“He was wounded by a shell when in a support trench at the “Catacombs” near Warneton at about 8 a.m. in March/18 with Cpl. “Ike” Jones and Pte. Taylor who belonged to his platoon in D. Co. (XIII?).  He was quite conscious and jolly and not in much pain when I saw him taken on a stretcher to the A.D.S. at Red Lodge.  I was told by S.B. Bensell, 23rdBattn. A.I.F. D XVI who bandaged him up and remained with him to the end, that he died in a quarter of an hour.  His thigh had been badly shattered and he must have died from loss of blood.  He was buried the same day at Red Lodge Cemetery.  The padre of the 23rd A.I.F. officiated and Lt. Anderson O.C. D.Co. 23rd A.I.F. was in charge.  Jenner was in D. Co. XIII Platoon? A fairish man about 30 about 5ft. 8.  He came with about the 14th reinforcement but had been sick and had only joined about 6 months.”