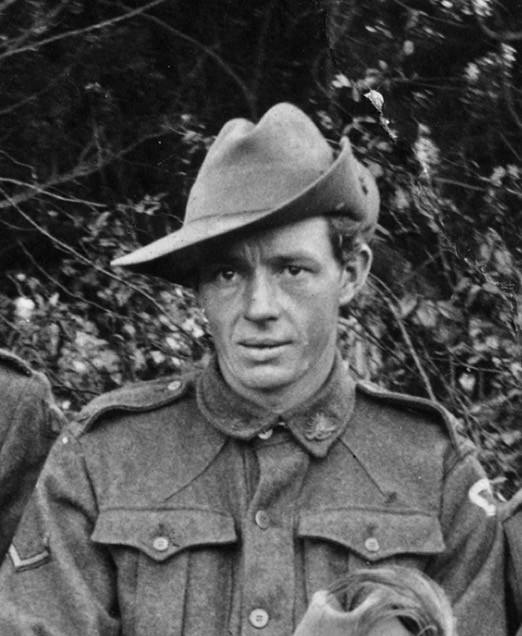 268 L/Cpl. William Stewart McLardy was born in 1891 in Cowes.  He was a carpenter there when he enlisted with A Company, 3rd Pioneer Battalion in Melbourne on 12th February 1916.

The 3rd Pioneers were raised in Victoria, in March 1916, from volunteers drawn from Victoria, Queensland, South Australia, and Western Australia and was subsequently assigned to the 3rdDivision.They were trained as infantrymen but also could do light engineering works in the field as most were qualified tradesmen. Their work included digging trenches, laboring, constructing strong points, tramway maintenance and water supply.

The battalion began concentrating at Campbellfield in April 1916 where detailed training began.  They embarked on the Wandilla on 6th June 1916 and disembarked at Plymouth on 26th July.  The battalion joined the rest of the 3rd Division at Larkhill and undertook intensive training between July and November 1916.On 25th November they left by train for Southampton and crossed the Channel by ferry to Le Havre.

They served on the Western Front from late 1916 to the end of the war.  Battles they fought in included Messines in June 1917, Third Battle of Ypres from July, and the Battle of Broodseinde in October.  They wintered around Messines and were able to provide reinforcements to the Australian engineer tunneling companies and maintain the tramway systems.Between March and May they took part in the fighting against the German Spring Offensive.  The 3rd Pioneers were sent to the Somme to replace the 4th Pioneers around Villers-Bretonneux.  They took part in the Battle of Hamel before joining the Hundred Days Offensive beginning on 8th August.  It was during this offensive that William sustained a gunshot wound to his left hand and right leg on 22nd August and was transferred to England on the Hospital Ship Gloucester Castle.  He was admitted to the Duchess of Connaught Canadian Red Cross Hospital in Taplow, England.

William returned to Australia on the Ceramic on 25th January 1919.  He resumed his work as a carpenter at Cowes until moving to South Melbourne round 1940.  He died there on 17th October 1960. His ashes are at the Springvale Botanical Cemetery.