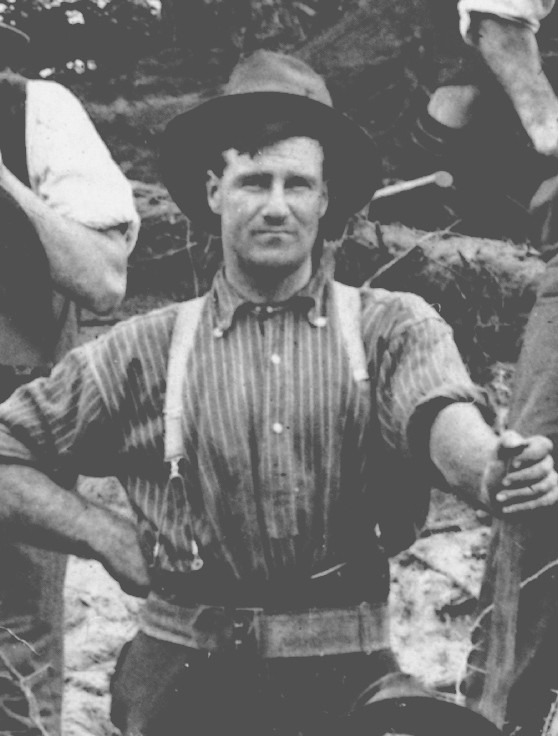 1674 Albert Henry Griffiths Leeson was born at Ventnor in 1886 to Thomas Leeson and Rachel Ellen Griffin. Albert was a grandson of early Western Port settler James Leeson.  He was a labourer at Cowes.  He enlisted with the 1/59th Battalion on 2nd March 1916 and embarked on HMAT Port Lincoln on 4th May 1916 landing at Suez on 10th June for training in Egypt.

Albert embarked Alexandria for Marseiles on HT France on 2ndAugust 1916 and proceeded to England for training.  He marched out to active service with the Battalion from the Australian Divisional Base Depot at Étaples, France on 18th December 1916.

“The 59th spent the winter of 1916-17 rotating in and out of the front line. In March 1917 the battalion participated in the advance that followed the German retreat to the Hindenburg Line, but was spared having to assault it. It did, however, defend gains made during the second battle of Bullecourt. Later in the year, the AIF’s focus of operations switched to the Ypres sector in Belgium. The 59th’s major battle there was at Polygon Wood on 26th September.

With the collapse of Russia in October 1917, a major German offensive on the Western Front was expected in early 1918. This came in late March and the 5th Division moved to defend the sector around Corbie. During this defence, the 59thBattalion participated in the now legendary counter-attack at Villers-Bretonneux on 25th April.

After the German offensive was halted, a brief period of lull followed during which the Allies sought to regain the initiative, and in early July, the 59th took part in a diversionary attack on the Ancre River during the Battle of Hamel. Later in the year, the Allies launched their own offensive, the Hundred Days Offensive, and the battalion took part in the fighting at Amiens on 8th August. A series of advances followed, resulting in further battles: the Battle of Mont Saint Quentin and Péronneon 31stAugust and lastly the Battle of St. Quentin Canal on 29th September. The British Fourth Army’s commander, General Henry Rawlinson, described the Australian advances of August 31st – September 4th as the greatest military achievement of the war.  The offensive was planned by General John Monash.”

Albert was killed in action at Mont Saint Quentin on 31st August 1918 and was buried at Assevillers New British Cemetery, 5 miles West South West of Peronne.