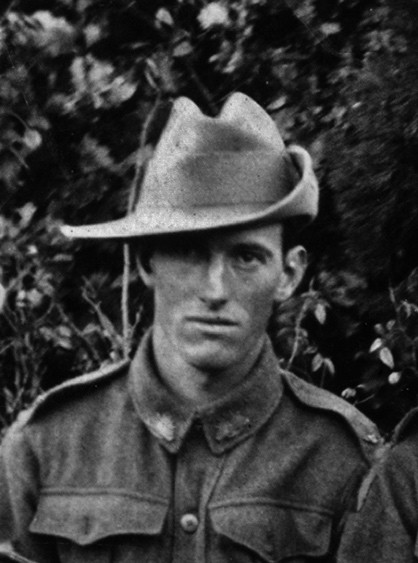 1807 L/Cpl. Harry Justice was born in Thoona near Benalla in 1897 and moved with his family to Cowes early in the 1900’s.  He was a farmer when he enlisted in Melbourne on 21st September 1915 with the 12th Reinforcements 1st Divisional Signal Company.  The Signal Companies were part of the signal engineers who handled wire and radio communications.  He embarked on the Wandilla on 9th November 1915 and joined the Division at Serapeum, Egypt on 1st February 1916.

Harry transferred to the 4th Divisional Signal Company at Tel el Kebir on its formation on 9th March 1916.  He was re-mustered as a driver at Serapeum on 1st April 1916.  The Division patrolled telegraph lines, maintained communications and extended lines.He embarked from Alexandria on the Kingstonian on 2nd June 1916 dis-embarking at Marseilles four days later.  They took over communications for the 4th Australian Division at Merrisin, France on 11th June.

Harry was appointed Lance Corporal in the field on 15th October 1917.

The Unit was represented in the following battles in France and Flanders:

Pommeroy and the crossing of the Canal De La Sombre ’a Oise.

The last Units of the Company withdrew from the line on 4th November 1918.

The Unit ceased to exist on the 10th May and Harry left for Australia on the Port Napier on 12th May 1919.

Harry enlisted again in the Second War but no details are known.

He died at Cowes on 24th July 1959 and was buried in the Phillip Island Cemetery.