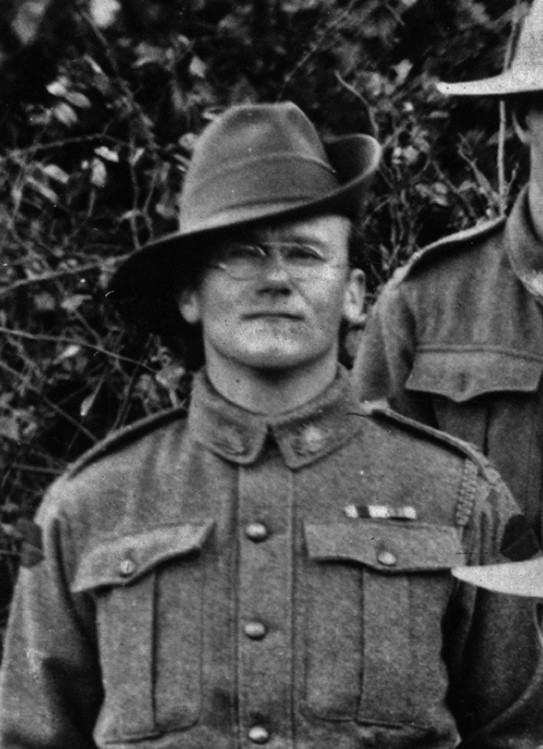 3306 Pte. William Henry Cox Gothorp was born at Cowes in 1896 to William Gothorp and Emily Cox.  He was a grandson of Sandy Point and Cowes boatman George Cox.  His mother died in 1908 and his father had apparently deserted the family before this.  William was brought up by the Matthews family of Cowes.  He was a shop assistant at Cowes when he enlisted with the 8/37th Battalion in Melbourne on 6th September 1917.He embarked on the Ulysses on 22nd December 1917 and disembarked at Southampton on 14th February 1918.  He joined the 37th Battalion in France on 9th May 1918.

“The Battalion was rushed south to France in late March 1918 to meet the German Army's Spring Offensive.

The Allies launched their own offensive on 8thAugust 1918, but the 37th Battalion was in reserve on this day and was not ordered into action. It was involved, however, in an ill-conceived attack that failed to capture the village of Proyart on 10thAugust. The battalion nevertheless continued to play an active role throughout August and early September in the 3rdDivision's advance along the Somme Valley.”

William was wounded in action on 9th September at Tincourt during the Battalion’s advance along the Somme valley and was admitted to the 3rd Western General Hospital at Cardiff, Wales on 17th September with a gun-shot wound to the right arm.

He returned to Australia on the Nestor on 12th December 1918.  Some time later he began work at the Carisbrooke Guest House for the Thornborrow family.

William died suddenly at Grenfell, New South Wales on 18th July 1955 and was buried in the Phillip Island Cemetery. William’s aunt Alice Cox married James Leeson and there are a number of relatives on the Island from this marriage.