75th anniversary of the end of WWII in the Pacific

Today, August 15, 2020, marks 75 years since Japan and the Allies settled on peace in the Pacific region. The society received a Victorian Government grant this year to commemorate the anniversary in some way for the community. We are using 1995 video footage of interviews with Phillip Islanders from then who either lived on the island during WW2 or served in the forces. Other source material will also be used. We are editing this material to produce a documentary based on these sources, which we expect will go online within the next month. We will post the link here and on our Facebook page, and notify members directly, and the public through the local newspaper.

Here are some of the Phillip Islanders in 1995 who agreed to be interviewed. Mary - family name unknown - who served in both WW1 and WW2 in London, in the latter pulling injured from bombing rubble. 'Snow' Dixon, who was a prisoner of war of the Japanese and slaved on the Thailand to Burma railway and a coal mine in Japan. 'Nip' West, a favorite island son, who was killed in Malaya in terrible circumstances. He is seen here on his wedding day with Bessie Forrest. 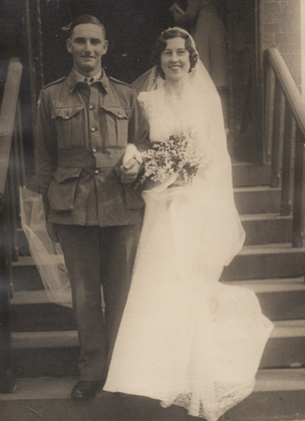 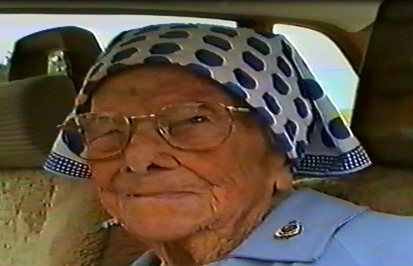 Mary (family name?) during 1995, the Phillip Island 50th anniversary of the end of WW2 parade. She served in London in both World Wars. 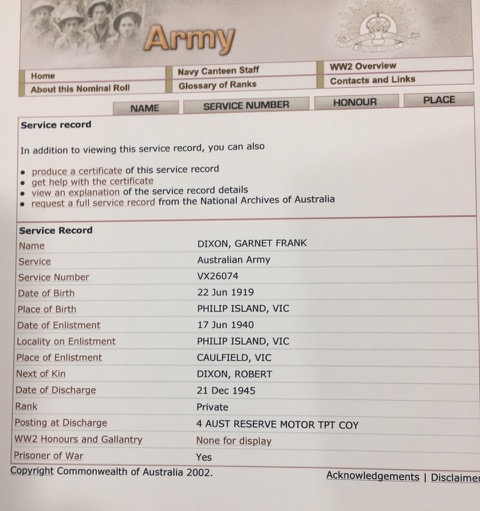