"On the Beach" film Open Day

On Friday 18 October the society will be having a free Open Day in the museum (89 Thompson Ave Cowes) with a special display commemorating 60 years since the making of the Stanley Kramer directed film "On the Beach". The Australian Grand Prix scenes were filmed at the Phillip Island race track, and quite a number of islanders were involved as extras. The end-of-filming party was also held in Cowes. Hollywood idols Gregory Peck, Fred Astaire, Ava Gardner and Anthony Perkins starred in this dark film about the end of humanity from nuclear war and fallout. The film was made during the Cold War and proved to be a wake up call to many people around the world wherever the film was shown. Open Day will go from 10 a.m. - 3 p.m. Refreshments will be served in the adjoining meeting room all day. The event is part of Bass Coast Shire's Seniors' Month program, and the council has funded some of the catering for us and made the meeting room available to us free of charge. We hope to see lots of you there. The museum is fully disabled access, including motorised scooters which can access the museum through the meeting room and move around the whole museum space. Photo shows one of several posters produced for the film. 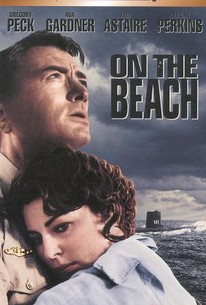