Matthew Bowtell with Emily and the hand he made her for free.

The Victorian Local Hero for 2018, Cowes resident Matthew Bowtell, was the speaker for our first quarterly lunch held on Wednesday 14 February at the Anzac Room at the RSL in Cowes. Mat told us about his extraordinary journey from Dux at Wonthaggi Secondary College in his year 12, to his engineering degree at Monash University, and to his working for Toyota. In 2014 all the Toyota staff were told that the plant would close within four years. This caused Mat to completely rethink his life. How do I want to be a good role model for my young children? he pondered. Being an engineer, and always enjoying making things, he decided to combine those skills with 3D printing and produce prosthetic fingers and hands for those in need. This is especially important for children, because conventional prosthesis are very expensive and the children grow out of them quickly. Mat can produce a 3D printed finger for less than .90 cents whereas the conventional type costs thousands of dollars. Mat showed videos of the children receiving and using their hands for the first time, and it was a joyful sight. This is really history in the making, as 3D printing will soon be the manufacturing method of choice. And the 'plastic' he uses is all biodegradable and recyclable corn starch plastic, which is tolerated by the wearer.

One of the special things about Mat is that he does this all pro bono - free! He relies on crowdfunding to support his efforts. If you would like to support him in this work go to www.mycause.com.au/3dhands 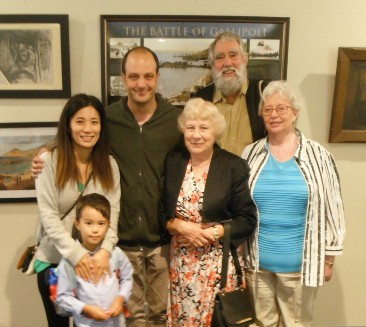