The well known John Adam mural of the history of Phillip Island since settlement which was located on the western wall of the Heritage Centre for many years has found a new home. The mural was suffering severely from the effects of sunlight and harsh weather. John Adam did much restoration work on the mural in the studio of fellow Phillip Island artist Peter Walker in Cowes. The question then became where to put the mural, as neither John nor the society's committee wanted it to go back out in the weather. It was decided to put the mural in the Heritage Centre meeting room, which is frequently used by the library and community groups. Thanks to building maintenance man Clive Gray and John, the mural was recently put up on the eastern wall of the meeting room, where it will last for many more years. It has certainly brightened up the space and added a great deal of interest there. 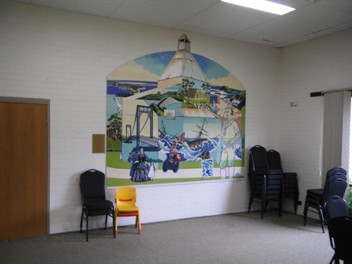 Meanwhile, Phillip Island past resident cartoonist and dolphin specialist Hec Goodall presented the Phillip Island community with a delightful wildlife mural painted especially to resist the weather and vandalism. The society had the mural mounted on a special backing and it has now been placed on the cultural centre wall above the information centre notice board. This is in the walkway to the information centre and Council offices in Cowes where the mural will be seen by thousands of people every year. Hec has now celebrated his 90th birthday and is still painting and cartooning in his long-time adopted home of Coffs Harbour. 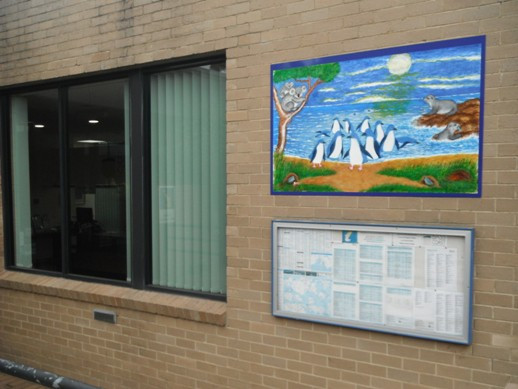