The first ferry to operate the Cowes run was paddle steamer Sarah 17/11 tons, 54.3x11.4x5.4 feet, ON 31889, built by Peter Tainsh, Port Albert, Victoria, 1869.Converted to screw steamer 1874.  An advert on Jan 6 1873 stated:           Cowes (Phillip Island) by COACH and STEAMER. – COACH leaves Cobb’s office for this delightful watering-place on Tuesday, Thursday, and Saturday, at 7 a.m., connecting with steamboat (Sarah) at Hastings, and returning from Phillip Island on alternate days.  Return tickets at reduced fares.  On and after Monday, December 23, the above coach will leave Melbourne daily.  Special coaches can be arranged for. ROBERTSON and Co., Proprietors.  (Last advert. until Eclipse starts 1 Nov 1876.) 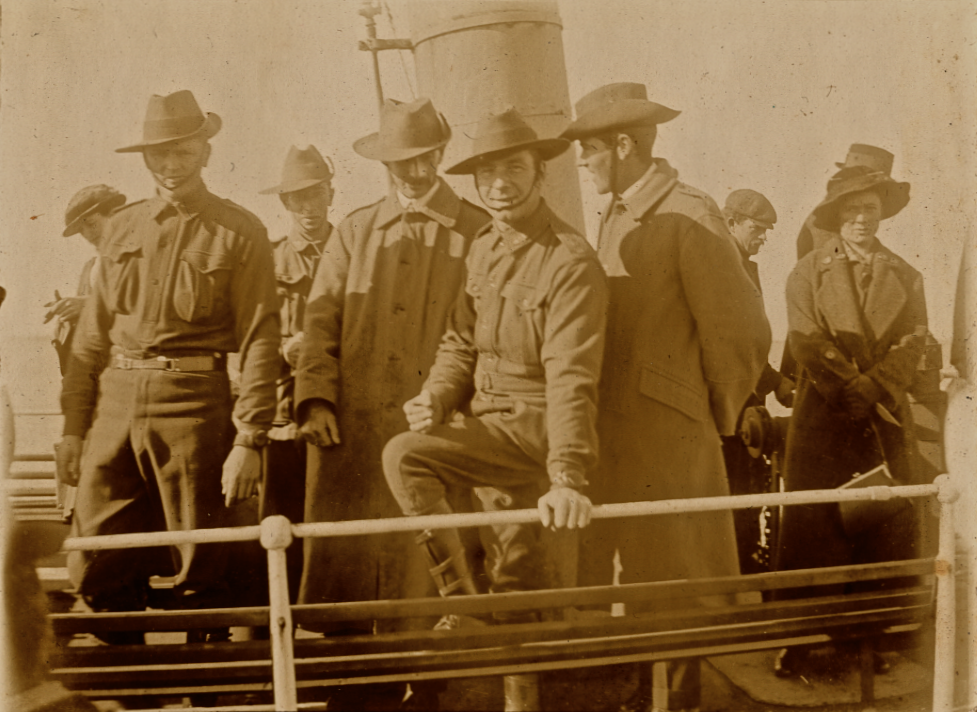 Soldiers leaving from Rhyll on the Vixen, 1915.

The Vixen had a sad ending: Vixen was under tow to Melbourne by tug Sprightly when off Cape Schanck she was found to be taking in water.  They headed back to Rhyll but the Vixen sank off Cowes.     Topside seams had opened up whilst sitting on her mooring at Rhyll for around two years and had taken in water while under tow.  Her remains were found by Heritage Victoria and MAAV divers in Feb 2014.