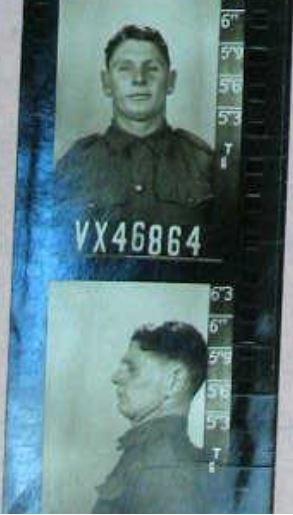 During the war, Clyde David Jones (service number VX46864), had a vastly different experience to his old classmate Nip West. Instead of fighting in a jungle environment as Nip had done, Clyde was in desert, then spent three long, freezing winters in Italy before crossing the Alps by foot to Switzerland.

Clyde Jones was a well-known Phillip Island footballer destined for top-class competition when he volunteered in mid-July, 1940, and joined the 2nd Australian Imperial Force. He was posted to the 2/24th Battalion on 10th September, 1940, but soon after was hospitalised with serious mumps for two weeks. After just a few months of training, Clyde embarked with the rest of the 2nd/24th in November 1940 on board the HMT Strathmore.

The Battalion defended the strategically important and besieged port of Tobruk for eight months from April until October, 1941.They had been scornfully named the “Rats of Tobruk” by the German propagandist William Joyce, aka “Lord Haw Haw”, because they made use of the system of below-ground dug-outs built by the Italian army at Tobruk before the war.

But on the night of the 30th April, Clyde found himself in an impossible situation. He reported that: “I was surrounded by German tanks on the night of April 30th. On morning of May 1st, out of ammunition. Was in hopeless position, so surrendered.”

After being ‘in transit’ between 1st of May and 4th September 1941, Clyde was held over the next two years in various Italian POW camps. After the transit camp in Capua, he spent 18 months in the notorious campo 57 Grupignano near Udin, 130 kilometres north east of Venice, which was commanded by the sadistic Fascist fanatic colonel Vittorio Calcaterra.

Food was scarce at campo 57 and although the death rate from hunger was low, that was only so because of food parcels provided by the Red Cross. To prevent hoarding of tins of food from the parcels in preparation for escape attempts, guards punctured the food cans, often affecting the contents.

The guards frequently inflicted brutal punishments. Neuroses spread through the POWs as they never knew who would be victimised by Calcaterra and his guards next. Calcaterra is believed to have eventually been killed by Italian partisans later in the war, so never faced a war crimes tribunal.

To supplement the labour force, it was common practice to use POWs as forced labour. Clyde was sent to campo 106, which had 25 Work Party camps around Vercelli, Northern Italy to help in the nearby rice fields. This was very hard work after 18 months in an enclosed prison camp, and still not much food. The men mostly slept on hay in sheds on the farms and often worked eight-hour days without a break.

The Italians capitulated on 8 September, 1943. Although German forces quickly overran Italy, many Allied POWs took the opportunity to escape, some with success and others to be quickly recaptured, or to perish.

Clyde was attached to Campo 106 until 9th September, 1943, when he apparently managed to escape during the turmoil that followed Italian capitulation when none of the POWs knew if they would be rescued or even if Allied forces were nearby.

With a group of others, he made for Switzerland over the Alps. He was among 420 Australian POWs Infantry to cross to Switzerland. Many of them only succeeded because of the shelter, food and guidance given to them by sympathetic Italians along the way. Many of these Italians paid with their lives when the Germans found out.

Clyde described how his group kept their spirits up as they hiked, by passing the football he had been sent from Phillip Island when in the POW camp. In a 1995 interview, Ruth Ryan (nee Harris) recalled how she and the other pupils of Ventnor State School (which Clyde had attended) did all sorts of fundraising, such as bottle drives, to raise enough money to buy Clyde the football, to remind him of his halcyon days of playing football for the island.

Clyde’s record shows him as arriving in Switzerland on 13th October, 1943, having spent 24 days crossing the Alps to relative safety. Ruth related how, when he returned to Phillip Island and talked of his fleeing over the Alps, he said how his boots had worn out on the mountainous terrain. When the locals asked him why he had not used the football to repair his boots, Clyde responded: “Oh, I couldn’t do that!” He said the football was what kept them going, as they handpassed it and played with it as they kept doggedly on over the forbidding mountains.

Although Clyde never talked much about his time in Switzerland, he did apparently become very close to at least one Swiss national in his time there.

Almost one year later, Clyde was recorded as being back in Italy for embarkation to Australia, which was via the Middle East and Bombay, arriving in Melbourne on board the USS “General A E Anderson” troop ship. She had a capacity of over 5,000 troops and somehow managed to escape damage during the war, despite carrying troops in the waters around North Africa, the UK, India and the Pacific.

Clyde arrived on the 17th November, 1944. Due to chronic bronchitis he spent some months still in the Army, in and out of the repatriation hospitals at Heidelberg and Ballarat, with a few stints on general duties. He was assessed as being Medical Classification A1 at the end of March, 1945, which meant he was officially fit to return to service. However, he was finally discharged from Royal Park on 9th April, 1945. The reason for his discharge was not medical, but may have been one of the reasons allowable under the discharge regulations of the time, such as:

“(e) That he is considered unsuitable for any further military service; or….
(h) To enable him to take up employment in an industry or occupation his employment in which is necessary in the interests of the defence of the Commonwealth, the more effectual prosecution of any war in which His Majesty is engaged or for maintaining supplies and services essential to the life of the community; or….
(j) At his own request on compassionate grounds; (Regulation 253, Statutory Rules 1943, No. 249, gazetted on 30 September 1943.)”

After almost five years of Hell, Clyde Jones was eventually met off the ferry in Cowes with relieved hugs and kisses from friends and family. 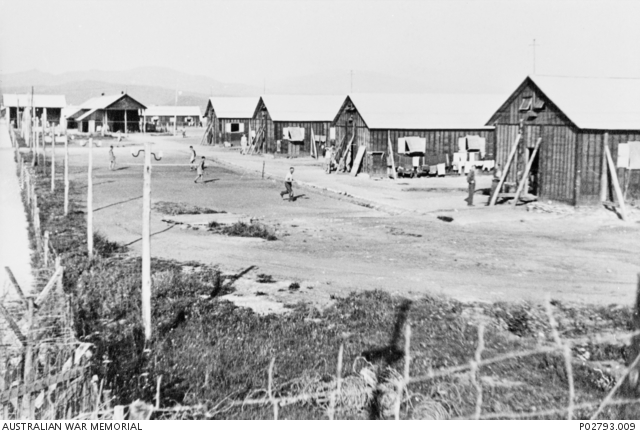 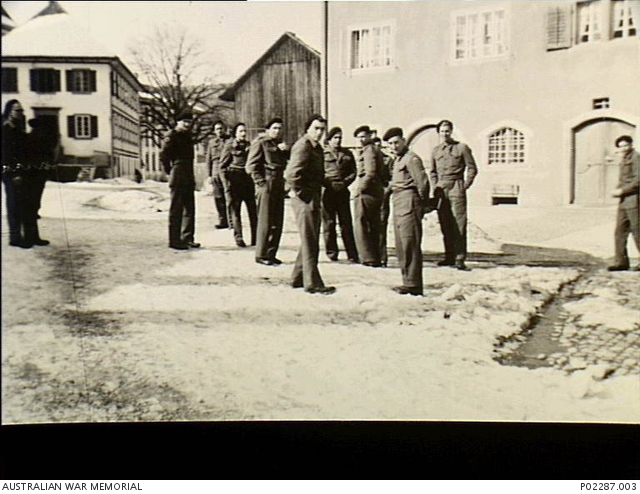