Attacks on Australia during WW2. Les was in Darwin (top centre)  during many of the 60 + air attacks there.  Australian War Memoral 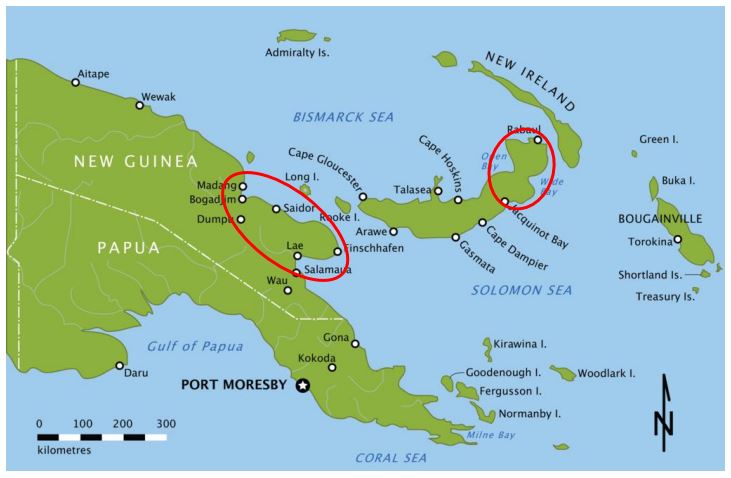 Areas of the New Guinea campaign in which Les Findlay saw action, 1943-1945

Rabaul, in the Australian Mandated Territory of New Guinea, fell to the Japanese 23rd January, 1942. By summer 1943 Japan had over 100,000 troops stationed in New Guinea, the aim being to cut off supplies to Australia. After a brutal war of attrition and manoeuvring, the Allies finally took back New Guinea at the end of March, 1944.

Les then served in New Britain, an island of mountains, flats, rivers and active volcanoes located 60 miles east of the main island, from January until December, 1945.

Of the tens of thousands of Australian forces who served in New Guinea, approximately 7,500 are known to have died during the war there. 2,000 remain unaccounted for.

Japan committed 350,000 of its best troops to New Guinea, but lost 220,100; many from starvation as Allied forces outmanoeuvred and trapped them, blocking off their supplies.

Les survived active service in some of the most difficult theatres in World War Two. He later married Hazel and lived at Newhaven. He became a well-known professional fisherman in Western Port. 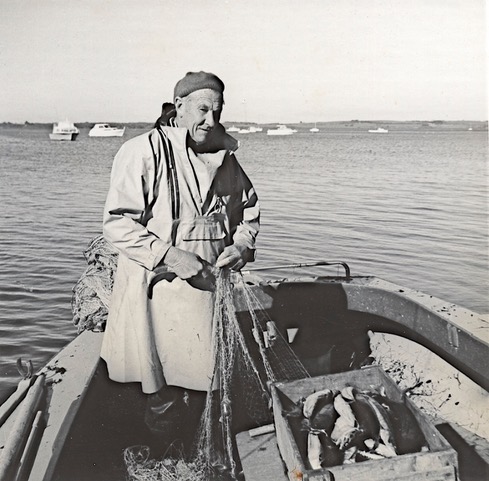 A brief video interview with Les Findlay (done in 1995 by the society with an Australian Government "Australia Remembers" grant), is included in a forthcoming documentary being developed by the society with a grant from the Victorian Government to commemorate the end of WW2 and the contribution of Phillip Islanders. We wish to thank the  the Australian War Memorial and National Archives of Australia for their information and images for this essay and the documentary.