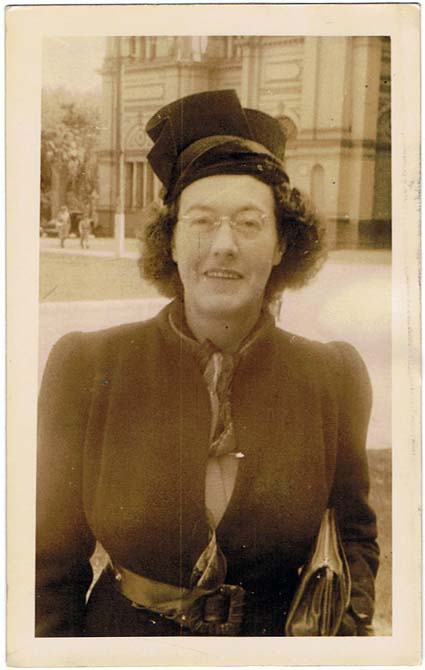 Olive Justice was a granddaughter of original 1868 colonists Charles Grayden and Margaret (nee Larkie). She was born in 1895 and lived at her parents’ farm in Anchorage Rd Ventnor until moving to Melbourne to work. She married Reg Justice of another pioneering Phillip Island family. They moved to Newhaven where they bought "Ocean View" guest house which Olive renamed "Ferry Lodge", which catered for up to 14 visitors. She also offered guided motor tours of the island and was one of the first women on the island to get a driver’s licence. Certainly she was the only woman doing guided motor tours. Reg operated a punt taking cars across the Eastern Passage until the first Phillip Island bridge opened in 1939.

June Cutter, author of "Guesthouses on Phillip Island", was a friend of Olive's and included an account of Olive's time living in Newhaven with Reg and running "Ferry Lodge" in the book.

In the 1950s Olive, Reg and their two offspring Zenda Joyce and Roy moved to what is now Olive Justice Place, 70 Chapel Street Cowes, where Reg had a blacksmith’s shop in the 1920s, and Reg built a house there.

There was room enough on the block for Olive’s magnificent garden and for the hot houses where her son Roy, groundsman at the Sunseeker Hotel (cnr Justice and Church Streets), grew potted plants for charity street stalls. They also had many fruit trees.

Olive took in guests over the summer to Easter period each year in a large room with a view in the upper storey of her house. However, Olive went blind from glaucoma in her early 60s and Reg and Joyce having died, Roy cared for her until his death in the house in 1992. Olive then needed to go into care, first in Melaleuca Lodge and then in Warley Nursing Home. But the house was left as it was while she was alive and her nephew Keith Grayden regularly took her out in a wheelchair and pushed her home for a cup of tea.

I looked after Olive’s affairs while she was in care. My uncle Keith and I spent many hours with her, and she often expressed her wishes for the site. During her time living there she had been approached many times to sell the site for development and despite the large sums she was offered,

she always refused. Development is most definitely not what she envisaged for her home site. She frequently told me that she wanted it as a small park with a facility where mothers could breastfeed their babies in privacy and pleasant surroundings, where people could get out of the weather without having to go to a cafe if they could not afford it, and where gardens would flourish for everyone’s enjoyment, as hers had done.

Olive died in 1995 aged 99 years, a much-loved islander whose life echoed many aspects of the twentieth century history of Phillip Island. She is buried in the Phillip Island cemetery.

The Bass Coast Shire area was at that time under the control of the Commissioners, and Commissioner Bill Power, who had spoken to Olive about her land while she was still alive, was keen that her wishes be fulfilled and that the council should buy the property.

The purchase of the  block was done in rather drawn-out negotiations with Olive's solicitor, Nancy Dowdle, and the council eventually paid $250,000 for the land – a very reasonable price, even at that time. Olive’s and Roy’s combined estates were willed to the Salvation Army and their representative told us that the proceeds would be used in the building of a drug and alcohol rehabilitation centre.

Over time the house and sheds were demolished and much of the garden removed. The land then quickly became an unofficial car park, as overflow for Coles which was then in the Aldi building on the south west corner of Thompson Avenue and Chapel Street and parking for the local real estate and retail businesses. It was then surfaced with blue metal and basically taken over as a car park.

At one stage the council formed a community committee to come up with firm ideas for a consultant to design a community space there, and a plan was actually drawn up and went to council. However, the committee and the plan languished because of opposition from the local businesses who are using the land for car parking.

Bass Coast Shire Council decided to sell the land in line with a policy at the time to dispose of land that had not been identified for a specific purpose. But this plan hit a hitch when local real estate agents, many of whom used the car park on the land, refused to list it. This prompted some local business owners and residents to complain that decisions were being made in Wonthaggi that were detrimental to the island, and renewed calls were made for the island to secede and have its own council again.

In 2012 the new team of councilors voted to suspend the sale and review the decision to sell the land. Meanwhile it continues to be used as a most unattractive car park in the middle of Cowes. Olive would have been horrified at any ideas to develop the site for commerce, as she always felt that the location of the block in the heart of the town made it perfect for a lovely small community facility in line with her wishes and having a feature garden which visitors would fine memorable. She definitely never dreamed of her much-loved home becoming a sealed car park or a multi-level car park building proposed several years ago by a local business owner, or just another building in Cowes. 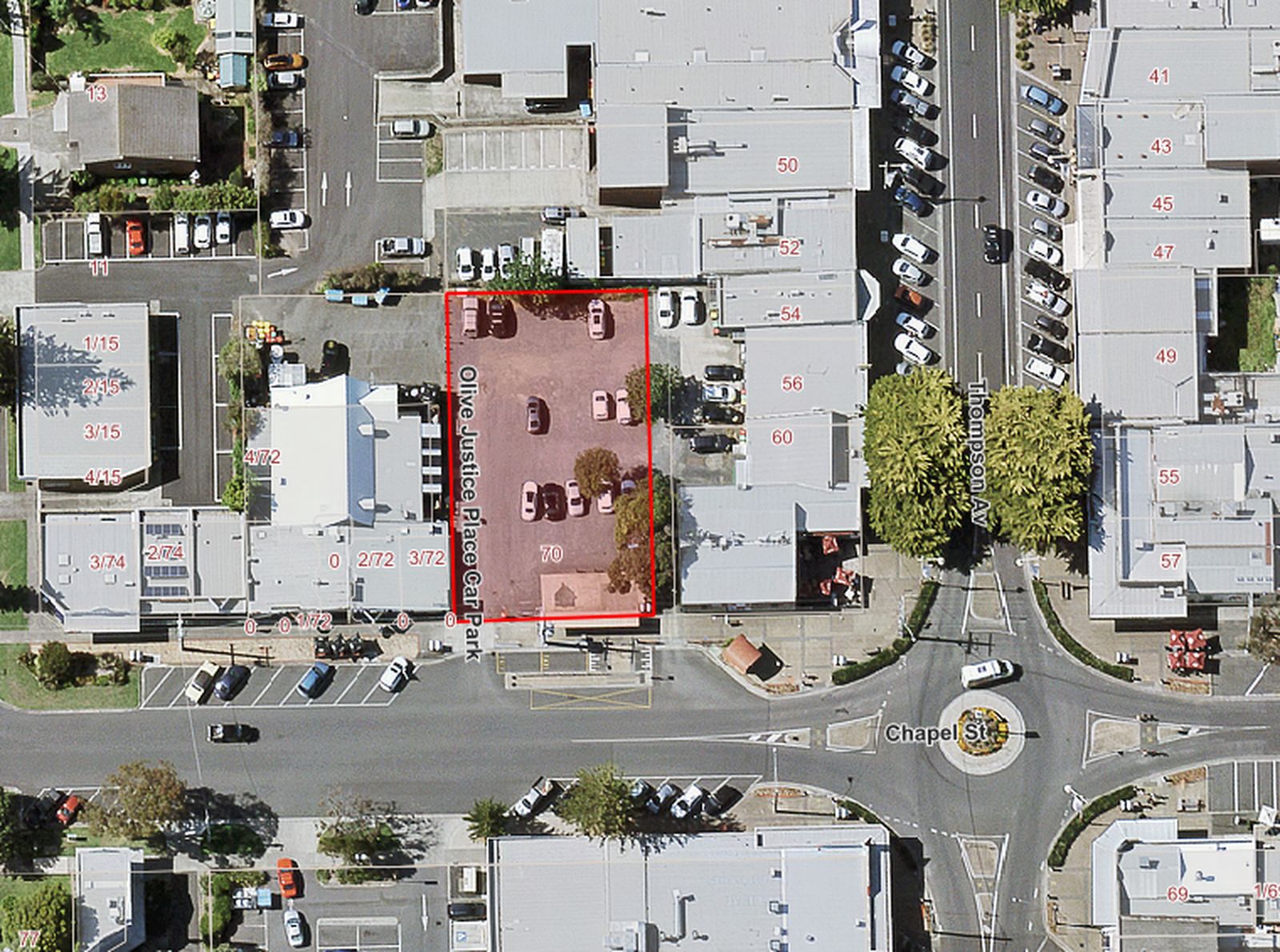