T. S. S. Mynah - the ship on the mudflats at Rhyll 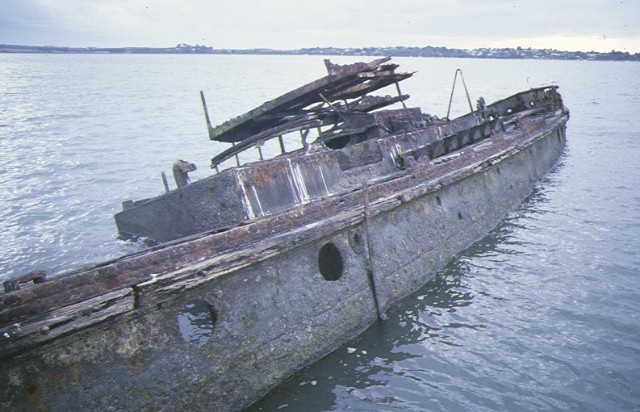 She must have come to Australia during the First War as she was owned by the Public Works Department and used in laying down and lifting mines in the vicinity of Swan Island.  She was sold in 1923 to a Captain McBain and Mr. Morwick.

The Minah brought the 270 ft. long submarine J2 in tow from the Western Port naval base to the dock pier at Williamstown in February 1924.  This was her first deep sea job.

She was out of commission and was advertised for sale by auction on 27th June 1944 at the Reid Street Pier, Williamstown.

Captain Julian Dyson of Melbourne Ferries bought her with the intention to convert her to a fishing boat.  She was brought to Rhyll and anchored in the Channel.  She dragged her anchor in a storm around 1950 and finished up on the edge of the Middle Channel off Rhyll where she still lies.